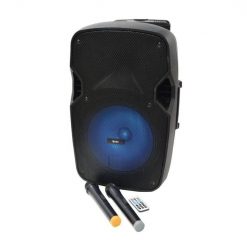 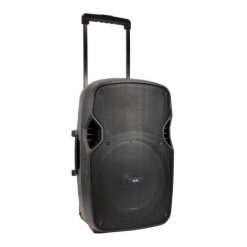 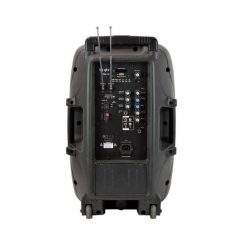 QTX PAL12 Portable PA unit with LEDs.  The QTX PAL 12 is a portable PA unit that features a built-in multi-coloured LED light show from the main speaker cone, situated behind the grille at the front. The system comes with two handheld VHF wireless microphones, an internal media player featuring USB/SD audio player with FM tuner connection and has Bluetooth connectivity. The LED light show has a sound-activated response, and you can choose whether to have it turned on or off.

The PAL 12 is initially powered via the mains; however, there is an internal rechargeable battery which provides up to 6 hours (3 hours if using LEDs) of battery life. There is an 80w power output and 12” main driver. The inputs include a mic jack, guitar jack and AUX RCA and mini-jack. It is a lightweight and robust unit, with a retractable trolley handle and wheels. An IR remote is also included. 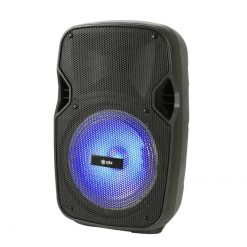 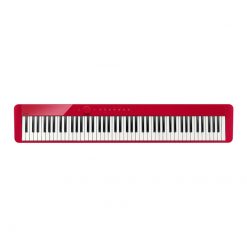 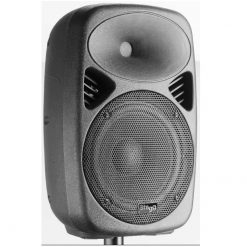 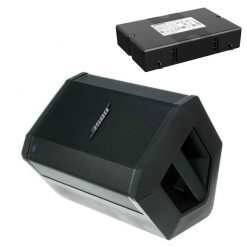 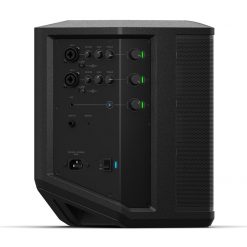 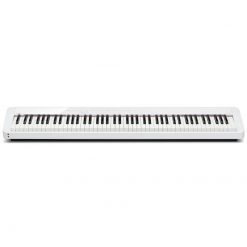 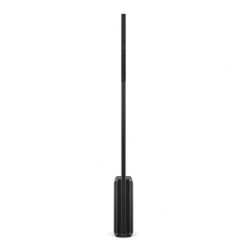 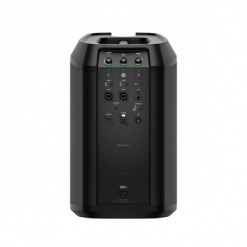 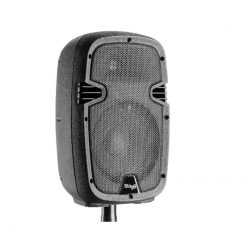 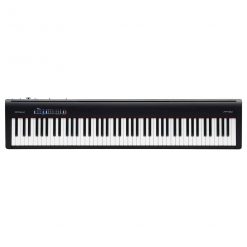